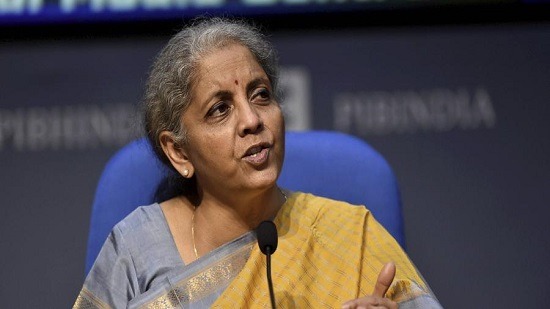 KOCHI: Poll-bound Kerala received a big boost in the Union Budget with Finance Minister Nirmala Sitharaman approving a slew of big-ticket projects including Rs 65,000 crore to develop 1,100 kilometres of national highways in the state. The budget also proposed substantial investment in the development of modern fishing harbours and fish landing centres.

To start with, five major harbours including Kochi will be developed as hubs of economic activity, she said. The budget also allocated Rs 1,957.05 crore for the second phase of Kochi Metro Rail. The 11.5km line will connect JLN Stadium with Kakkanad.

Sitharaman also announced the plan for the Madurai-Kollam corridor under the 3,500-km NH project in TN which will cost Rs 1.03-lakh crore.With assembly elections set to be held in Kerala in another two months or so, political commentators feel the BJP will make the most of the announcements during its campaign.

“Apart from the controversies surrounding the Left government, BJP also needs such major announcements in the budget to seek votes. Whether these announcements translate into votes is a different question but BJP will make it a discussion point during the campaign,” said political commentator P Sujathan.

While the Left and Congress leaders said the NDA government’s ‘new-found love’ for Kerala was aimed at the assembly polls, BJP state president K Surendran said the budget proved Narendra Modi government is with the people of Kerala. “Once again it’s proved only the BJP government can lead this great nation to prosperity and development. Kerala got a very special place in the budget 2021,” he tweeted. Chief Minister Pinarayi Vijayan said the budget reflected NDA government’s intention to implement its neo-liberal policies.

“Privatisation of more public sector units and increase in foreign direct investment in the insurance sector will leave the country fully in the commercial interests of multinational corporates,” said Pinarayi.

CII Kerala chairman & Muthoot FinCorp CMD Thomas John Muthoot said states will also benefit from 41% share of taxes as per 15th Finance Commission recommendation. “It will enable Kerala to potentially borrow an additional Rs 9,000 crore annually, on top of the Rs 26,288.49 crore it is already entitled to,” he said.

T’Puram: Congress leaders on Monday said the Union budget is with an eye on the states where assembly elections are going to take place and it will only help the corporate sector. They termed the budget as “disappointing”. Opposition Leader Ramesh Chennithala alleged that like the state budget, the Union budget has also cheated people.

A package in the light of the pandemic has not been announced which is a huge blow to people, he said. KPCC president Mullappally Ramachandran said there is no relief for those in the plantation sector for which only Rs 681 crore has been earmarked. The cashew sector has been neglected. Former CM Oommen Chandy said contrary to the general expectations, the prices of petrol and diesel have not been reduced.