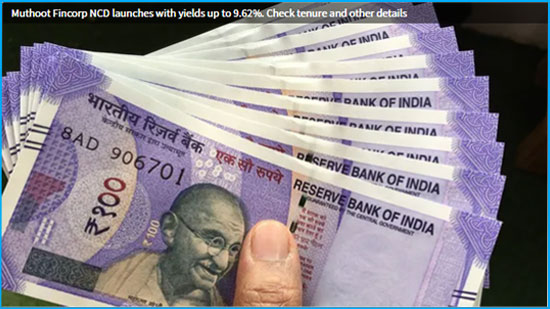 Kerala-based non-banking financial company (NBFC) Muthoot FinCorp has launched the seventh in the series of NCD public issues that opened on Monday. The issue will close on October 23. The issue size is ₹200 crore with a green shoe option of another ₹200 crore, aggregating to ₹400 crore, said Thomas John Muthoot, Chairman, Muthoot FinCorp.

The issue has three tenor options — 27 months, 38 months and 60 months. Interest payments will be made on monthly and annual basis, and at redemption. The interest rate varies from 8.85 per cent to 9.15 per cent for monthly payments and 9.25 per cent to 9.60 per cent for annual and cumulative payment options. Crisil has rated the issue ‘A stable’.

The company has issued six NCD public issues aggregating to ₹1,940 crore over the last six years and mobilised ₹1,639.81 crore. It has also promptly redeemed maturing NCDs and serviced the interest at all times, he added.

Muthoot also said the faster loan growth was driven by the new gold loan schemes it launched since May, including gold loans for nano and micro enterprises, MSMEs, students and other segments.