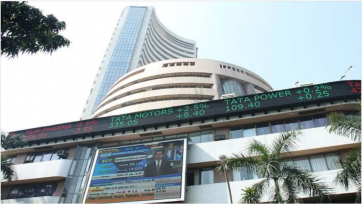 Here’s a look at stocks that are likely to remain in news today.

SBI: The lender said it has got board’s approval to raise additional tier-I capital of up to Rs 14,000 crore through Basel-III bonds. The capital would be raised in Indian or US currency through a public offer or private placement to overseas and/ or lndian investors during financial year 2021-22.

Bharti Airtel, TCS: Telecom services provider Bharti Airtel on Monday announced a strategic partnership with Tata Consultancy Services (TCS) for implementing 5G network solutions for India.Airtel will pilot and deploy the indigenous solution as part of its 5G rollout plans in India, and start the pilot in January 2022, as per the guidelines formulated by the Indian government.

Oil India: The nation’s second-largest state oil explorer reported a 8 percent drop in March quarter net profit on lower crude oil production. Net profit in January-March 2021 at Rs 847.56 crore, or Rs 7.82 per share, was lower than Rs 925.65 crore, or Rs 8.54 a share, profit in the same period a year ago.

Jaiprakash Associates: The firm reported a decline of 86.2 percent in its consolidated net profit to Rs 424.41 crore in Q4 against net profit of Rs 3,068.10 crore in the January-March quarter a year ago.

Muthoot Fincorp: The gold loan company has bought 54 per cent stake in Hyderabad-based fintech startup Paymatrix by buying out existing investors as part of its added focus on digital payments segment.

Maruti Suzuki India: The country’s largest carmaker said it will increase prices of its entire product portfolio in the second quarter of the current fiscal due to rise in prices of various essential commodities, including steel.

Info Edge (India): The internet firm reported over two-fold rise in its consolidated net profit to Rs 308 crore in Q4 against profit of Rs 119 crore in the year-ago period.

Indian Bank: The state-owned lender launched its qualified institutional placement (QIP) of shares to raise around Rs 4,000 crore, setting the floor price at Rs 142.15 per share.

Adani Transmission: The Adani Group firm will seek shareholders nod to raise up to Rs 2,500 crore in one or more tranches through the issuance of equity shares, securities, debentures etc in its annual general meeting on July 13.

Dish TV India: The company said its board has cleared raising up to Rs 1,000 crore through a rights issue in one or more tranches.