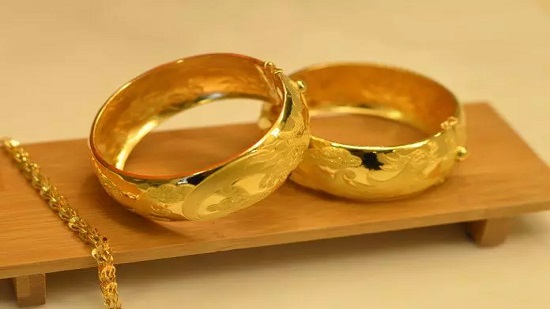 In India, with nearly every household owning gold jewellery in some quantity, gold loans are a preferred option at a time of widespread unemployment and loss of income.

New Delhi: The heightened uncertainty around the Covid-19 pandemic and the increased risk aversion among lenders is likely to make gold loans a preferred avenue once again this year.

The second wave of the pandemic has once again forced many states to enforce strict lockdowns, threatening livelihoods of daily wage workers and those working or owning small businesses.

In India, with nearly every household owning gold jewellery in some quantity, gold loans are a preferred option for many at a time when unemployment and loss of income has become widespread.

In addition, gold loans are one of the easiest ways for people facing financial difficulties to access cash. They can walk into branches of financial institutions, get their jewellery assessed and valued and get a loan of upto 75 per cent of the value of the holding based on the prevailing gold price.

“Looking at the current off take, we see demand in the north, west and east. Some of the southern states like in the rural belts of Telangana and Karnataka are showing good demand,” he said, adding that with branches operating under restrictions, it is difficult to assess demand for now.

Saurabh Kumar, head, Gold Loans at IIFL Finance, said gold loans have a number of factors in their favour.

“Gold loans are an over-the-counter product and a customer can walk out of the branch with a loan in 30 minutes,” he said. “The burden on the customer is also low in a gold loan. They can choose to pay only the interest and repay the principal amount at the time of closing the loan.”

He, however, added that given the lockdowns in April and May and the limited hours of operation of branches, “the disbursal take off is not good so far”.

“But once things open up again, if an individual or a small business needs money, they are going to come to take a gold loan,” he said. “This was what we saw last year as well. Last year, the lockdown came as a surprise leading to uncertainty. There was a huge transaction flow once the lockdown was lifted.”

“The extent of the demand now will depend on how the wave pans out,” Kumar added.

Also read: Growth will be hit in April quarter but impact will be less than first wave: Finance ministry

Last year, the growth in the loan book of non-banking finance companies in the gold loan space was around 15 per cent, according to industry estimates.

Banks had benefited from a special dispensation by the Reserve Bank of India, which only allowed them to lend upto 90 per cent of the loan to value ratio. (LTV is the amount of loan that can be given against the value of the collateral). This dispensation came to an end on 31 March.

“Both banks and NBFCs preferred to lend against this liquid and high-quality collateral amid the risk aversion. For borrowers also, it provided a source of funds when they didn’t have access to other sources of funding,” he said. “Gold is considered by Indians as a family heirloom and they typically use it as a last resort.

Falling gold prices see rise in auctions
Typically, in case of a default in repayment and after giving sufficient notice to customers, the gold is auctioned away by the financial institutions.

Many firms had put off conducting auctions in the first half of the last fiscal opting to give the borrowers more time for repayments. The then rising gold prices provided sufficient cushion for the financial institutions.

But with gold prices now falling, auctions have picked up pace as the comfort available to lenders has reduced.

Sitaraman explained that typically auctions are used as the last option. He also pointed out that NPAs in the gold loan segment are minimal and credit costs for the lenders are negligible.

“With a 75 per cent LTV, there is a decent amount of borrower’s equity,” he said, pointing out that for most NBFCs, the average LTV in the portfolio was well below the regulatory requirement of 75 per cent.

But this was higher for banks due to the RBI dispensation, he said.

A Crisil Ratings report released last month said for NBFCs, the average portfolio LTV as on 31 December 2020, was 63-67 per cent. But for banks, it was higher at 75-80 per cent, posing a risk to the banks from the falling gold prices.