How Chit Funds are Driving Financial Inclusion in India 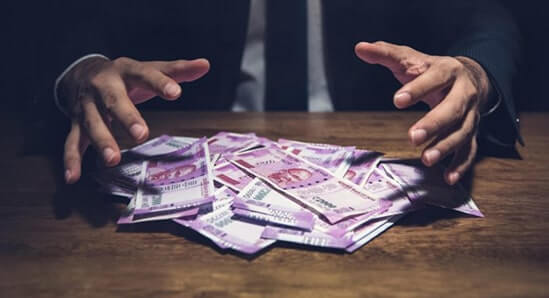 According to a report by the Asian Development Bank, the turnover of 1,066 chit fund companies back in 1986 was close to Rs 8,160 crore per annum. As of now, this number exceeds Rs 35,000 crore per annum for the registered chit fund companies all over India. The institution has turned into a quasi-banking system that is catering to the ever-increasing credit needs of the country’s population.

Chit funds are an excellent tool to promote financial inclusion in a country like India where, according to an estimate, there are close to 100 million blue-collar workers employed in the urban informal sector. Generally, people from the lower-income strata including blue-collar workers do not engage with the banking sector due to factors such as lack of credit history, rigid policies, intimidation, lack of trust, etc. As such, due to their vulnerability, this segment is prone to falling prey to unscrupulous moneylenders who may exploit them by imposing exorbitant rates of interest and by harassing them. MSMEs in India also face a credit gap of close to Rs 16.66 lakh crore that is bridged with the help of chit funds.

Additionally, people in a rural setup also depend on community based financial and credit arrangements such as chits due to lack of access to formal banking infrastructure. For this stratum of the society, chit fund is a sound savings instrument and also a dependable source for raising emergency funds.

Chit funds in India are fully regulated and governed by the Chit Funds Act, 1982. It is a detailed act covering all aspects of chit funds for the protection of both the investors and the company. Like any other approved investment plan, chit funds are safe and the governing authority is the various state governments.

Hence, it is important for investors to look for companies that offer chit groups registered under the Chit Funds Act of 1982 before investing. The customers should also participate in long-running and trusted chit funds.

As a product, chits offer umpteen number of benefits to its subscribers. Some of these include chits being easy to understand and both savings and borrowing product, less paperwork and higher returns than a savings account. Chit funds are also free from market fluctuations unlike equity instruments, bonds, mutual funds and have a disciplinary effect on the investors as it promotes a strong commitment to save each month. For a common man living in a semi-urban or rural area, it is a very convenient tool to raise money for a foreseeable event in which he might require a substantial amount of cash, such as payment of children’s college fees, daughter’s/son’s wedding, business capital requirements, etc.

Moreover, being an instrument that is highly liquid in nature, it is a convenient tool to raise money in emergencies. For instance, let us take an example of a person who has been depositing Rs 10,000 in a recurring account for six odd months and is now faced with a medical emergency. Now, he can withdraw a maximum of Rs 50,000 or about 80% of the amount that he has deposited from the bank. But had he been enrolled in a chit fund of an amount Rs 5 lakh and paid only Rs 60,000; he would have the ability to bid for the entire amount of Rs 5 lakh.

Some challenges for the industry

One of the major challenges for the chit fund industry presently is its association with investment scams. The chit funds industry is seen with much suspicion especially after the aftermath of an infamous scam that took place in 2013. It is important that Ponzi schemes are not confused with chit funds.

Another challenge for chit fund players is to tap the tech-savvy millennial generation. Many chit fund businesses are run by traditional players who have not looked at the new generation as a potential customer. However, the industry is now seeing an emergence of many start-ups and other players that are looking at attracting a younger customer base to one of India’s oldest and most trusted credit and savings system.

Some of the existing players are offering a completely digital onboarding process and enhanced customer touchpoints to revitalise the industry. Digitalisation in chits industry will decrease acquisition and onboarding cost by manifolds and enable companies to do business more transparently.

The Chit Funds (Amendment) Bill 2018 which mandates video conferencing in auction process will further strengthen and streamline adoption of technology by the sector.

Chits funds seek to fill the gaps left unaddressed by the banking sector. Apart from the attractive returns, they instill a habit of savings amongst individuals in a community-based setup. If channelized in the right direction and given the right impetus, chits are an excellent tool to cater to the financial needs of the people from all classes and further the national agenda of financial inclusion.