Muthoot Pappachan Group, along with Alwin Francis, sets up badminton academy in Kochi 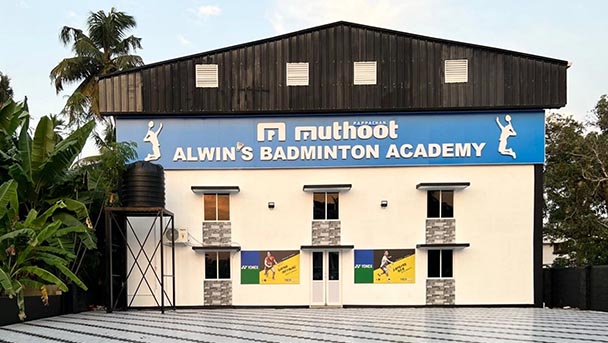 The idea behind the institution of the badminton academy is to produce several shuttlers for India who can add to the likes of the already established PV Sindhu, Kidambi Srikanth, and Lakshya Sen, among others, and win laurels for the country.

MP Hibi Eden inaugurated the academy. Thomas Muthoot, Executive Director of the Muthoot Pappachan Group, and Alwin Francis were among others present during the inauguration ceremony.

“We set up the badminton academy as part of our commitment to promote the sport at the grassroots level. Our goal is to encourage school kids to pick-up the sport of badminton at an early age under the guidance of some of the best coaches. Free coaching will be provided to talented players from economically backward families.”

Muthoot Pappachan Group, which runs cricket, football, and volleyball academies, is one of the few corporate firms in the country engaged in promoting sports at grassroots level. They provide several opportunities for youngsters from the nooks and corners of the country.

According to Muthoot Pappachan Group, Alwin’s Academy is the first badminton academy to be set up by a corporate group in Kerala.

Meanwhile, leading sports equipment manufacturer Yonex has been roped in as the equipment partner of the academy and will equip players at the beginner, intermediate and professional levels.

Francis, who will serve as a mentor at the academy, spoke about training sessions.He said that training will be provided in three sessions and the academy is capable of training 100 players daily.

He further added that players from other states acquiring training at the academy will be provided accommodation.